The Future Of Google Glass

Serious questions are being asked over the future of Google Glass, with early adopters rapidly losing interest in Google’s wearable device. The most damning evidence Project Glass may not be the future of computing Why An Augmented Reality Future (Google Project Glass) Scares Me [Opinion] At the beginning of April Google unveiled Project Glass, a new effort to bring smartphone functionality to your eyeball(s). And that's not me overstating the case. This is a HUD (Heads-Up Display) offering augmented reality,... Read More Google once imagined it to be 5 Reasons Why Google's Project Glass Is The Future & Why That's Awesome [Opinion] Google’s Project Glass has everyone talking. It’s a glimpse of the future of augmented reality, wearable computing, and better integration of the Internet and technology in our day-to-day lives. Imagine replacing your smartphone with a... Read More is the fact that Google Glass can be bought on eBay for as little as half the price originally paid.

In investigating the supposed death of Google Glass, Reuters also finds that app developers are abandoning ship due to the lack of potential customers. And with no mass market launch on the horizon, Glass is looking increasingly like being a niche product. Key Glass employees have also left Google in recent months, and the company seems more focused on Android Wear Which Android Wear Smartwatch Is Best For You? In the market for an Android Wear smartwatch? Let's compare all the options available now and make the decision easy. Read More than Glass.

This all points to Google Glass facing a tough future. Google, app developers, and the general public are all less interested in Glass than they were previously. So unless a major announcement is made soon regarding general availability, it seems Google Glass’ days may be numbered.

Amazon is rolling out a new firmware update for its Kindle e-readers, and one of the features included is the ability to share Kindle Books with a partner through the Family Library. Other features include Word Wise (offering definitions of difficult words), deeper integration with Goodreads Goodreads Reviewed: A Must-Use Site For Any Book Lover If you enjoy reading, and like to use the Internet for finding great new reads, you may well have heard of Goodreads before: This is a superb website hosting a vibrant community of book lovers,... Read More , and enhanced search functionality.

The Kindle Family Library is by far the most interesting new feature. It allows family members to share their Kindle books with each other in the same way they would share physical books. Accounts are linked together, allowing both parties to read their partners’ purchases, and those with kids can also share selected content with their children.

As a related aside, Amazon is offering some Prime subscribers the chance to trial a Kindle for free for 30 days. The device is delivered and returned for free, with the customer only being charged if they decide to keep the Kindle beyond the 30 days.

Skype For Web Launched In Beta Microsoft has launched the Skype For Web beta. Skype For Web brings the service to browsers, with Internet Explorer, Chrome, Firefox, and Safari all included. Browser-to-browser voice-calling, video chat, and instant messaging will all be available in the future, but for now a plug-in is required.

Skype For Web is being rolled out slowly, and offered only to a select few customers at the present time. A wider launch will reportedly commence sometime in the next few months. Assuming Microsoft sticks to its promises.

So Spotify has quietly discontinued Spotify Apps. Very sad for music tech innovation. It’s a red sea out there, filled with dead startups.

Spotify has axed the App Finder and stopped supporting the development of apps for its desktop client Spotify Launches Dedicated Spotify Apps, Opens To Third-Party Developers [News] Music service Spotify has announced recently that they are opening their servers to developers, who will be able to create apps that integrate with Spotify’s desktop app. In short, third-party developers can now expand on... Read More . As a result, Soundrop is shutting down, with the company actively looking for a buyer for the technology associated with its listening rooms. 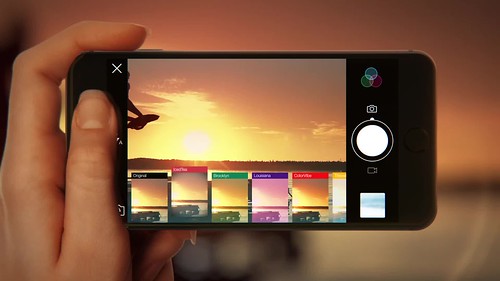 Flickr Wall Art, which was launched in the United States in October Windows 10 Proves Popular, Apple Ruins Finland, And More... [Tech News Digest] Also, Nakamoto sues Newsweek, Facebook adds stickers, Flickr Wall Art, buying Ebola, and beating Nintendo 64 games. Read More , is now available globally. The canvases are still being produced in the U.S., but can now be shipped to anyone, anywhere in the world.

As the name of the service suggests, Flickr Wall Art lets you turn your favorite photos into artwork to hang on your wall. To celebrate the start of global shipping, Flickr is offering a 40 percent discount until December 23.

And finally, Far Cry 4 hasn’t officially been released yet, but that hasn’t prevented players discovering the alternate ending. Without giving too much away, triggering the hidden ending involves doing nothing for approximately 10 minutes at the start of the game. If you don’t mind minor spoilers then watch the video above for full details. [H/T Kotaku]

Do you think Google Glass is doomed? With whom will you be sharing your Kindle Books? What do you think of the alternate ending to Far Cry 4?