Browser head-to-heads are funny because they rarely change any minds. You probably clicked into this article with a preset opinion on which of these two browsers you prefer — and that’s totally fine. I’m not here to convince you this way or that.

Instead, I just want to explore why people might prefer one over the other, and hopefully those reasons will shed some light on features and aspects that you may not have considered before. But if this comparison only reaffirms your current preference, that’s no problem either.

And if you have reservations about my own bias, I’ll put it out there: I actually prefer Opera to both of them. With that said, let’s drive right in.

I’ve had a love-hate relationship with Firefox for many years. It was my first experience with tabbed browsing, which is what drew me away from Internet Explorer (back when it was called Firebird). I also love that Firefox stands behind its principles and tries out new ideas.

It’s far from perfect, of course, but there are many things to like about it.

One of the biggest draws of Firefox is that you can really customize your Web browsing experience — far more than you can customize any other browser, including Chrome. Customization is available on two levels: interface and settings. In terms of interface: You can drag around address bars and buttons to rearrange them however you want, and it’s easy to hide the ones you don’t need. More than that, however, is the ability to install “Complete Themes” that can fully change the browser’s appearance — even to the point of emulating Chrome, Opera, Maxthon, or whatever else.

In terms of settings: You can freely access every single setting in Firefox through the about:config page (and all of the settings are easily searchable). Chrome has something similar with its chrome://flags page, but it’s not as advanced or as searchable, which can be a bit of a pain.

One benefit to Firefox is that it has two useful features that Chrome can only get through extensions (and even then, the emulated functionality isn’t as clean or refined). These two features are Tab Groups and Reading Mode.

Tab Groups are a feature that Mozilla absolutely nailed, both in vision and execution. With them, you can arrange your tabs into different “sets” and you can freely switch between them whenever you want. Very nice for staying organized and fighting distractions. Tab Groups were removed as a built-in feature starting with Firefox 45 and split off into a separate extension that you can install.

Reading Mode removes everything from the page — including advertisements, sidebars, and images — so that you can focus solely on whatever post or article you’re reading. It also changes the text and background color to make it easier on your eyes. The downsides are that Firefox has slower startup times (because Chrome is constantly on in the background) and slower page loading speeds (because it doesn’t steal CPU cycles like Chrome).

One other resource-related point to note is that Firefox supports lazy tab loading, which means that when you open new tabs, they won’t start loading until you select them. This prevents your computer from bogging down when you open several tabs at once.

The Mozilla Foundation is a non-profit organization, which means they aren’t as profit-driven as Google. As a result, Firefox doesn’t care about collecting your personal data or studying your Web browsing habits. It respects your privacy and wants you to feel safe from prying eyes. On the other hand, Chrome is all about data collection. For a lot of people, this reason alone is enough to break up with the browser for good It's Time To Break Up With Google Chrome It's Time To Break Up With Google Chrome As a big fan of Google Chrome for a long time, I finally decided it was time for us to break up. It came down to overall performance, customization, and extensions. Read More  — and if that describes you, then Firefox is where you’ll want to end up.

Plus, of all the major browsers, Firefox is the only one committed to a philosophy of open source software What Is Open Source Software? [MakeUseOf Explains] What Is Open Source Software? [MakeUseOf Explains] "Open source" is a term that’s thrown around a lot these days. You may know that certain things are open source, like Linux and Android, but do you know what it entails? What is open... Read More . The biggest advantage of this? Anyone can look at the code at any time so it’s less likely that there will be secret mischief going on.

The number one reason for Chrome’s continued popularity is the sheer number of extensions that are available for it — and it’s not just the quantity or quality of these extensions, but the fact that so many of them are exclusive to Chrome because developers can’t be bothered to maintain other versions. No other browser can beat Chrome’s extension landscape. In fact, other browsers are actually working on ways to install Chrome extensions so they can stop being so far behind. That’s when you know Chrome is winning.

Firefox lets you customize your interface however you want, but maybe the reason why Chrome doesn’t let you fiddle with anything is because it’s so confident that it’s already as good as can be.

Indeed, when you compare the two browsers straight out of the box, it’s easy to come away with the opinion that Chrome is the more polished and refined of the two. It’s easier to pick up and more intuitive to use, plus it feels snappier.

If you don’t want to fiddle around with stuff, then Chrome is the way to go. This is also what makes Chrome a better choice for those who are less tech-literate — there are fewer ways to accidentally screw things up. We mentioned before that Firefox uses fewer resources than Chrome does, but there’s a reason why Chrome sucks down your CPU and clogs up your RAM: all of that allows the browser to operate at tip-top speeds, which results in a smoother user experience.

As far as I’m concerned, neither one is objectively better. It’s a trade-off and only you can decide which side of the fence you want to fall on. Performance is important, but it isn’t everything.

That being said, the funny thing is that Chrome is a more secure browser than Firefox when it comes to issues of malware, phishing, and other kinds of Internet attacks. For example, Chrome has end-to-end encryption when syncing across devices while Firefox doesn’t. But more importantly, Chrome processes run in a sandbox, which means that these processes don’t have access to system-level files and information. If a website tries to run malicious code, it’s kept within the boundaries of the sandbox and won’t have lasting effects.

One huge reason for Chrome’s lasting popularity is that it’s developed by Google. Since Google’s own developers are heavily involved in the evolution of the Web, Chrome naturally sits at the edge of cutting edge advancements. Chrome vs. Firefox: It’s Your Choice

Nobody can decide for you. Anyone who says one browser is objectively better than the other is naive or dishonest. It really comes down to your computer, what kind of work you do in your browser, and what kind of principles you stand behind.

If you value online privacy, want to make personalized tweaks, and want to use as few resources as possible, then go with Firefox. If you need speed, security, and extensions that aren’t available elsewhere, then go with Chrome.

Between these two browsers, which one do you like better? Is there another browser that you prefer over these two? Share your thoughts with us down in the comments! What Are Popsockets? 6 Reasons Why You Should Consider Buying One 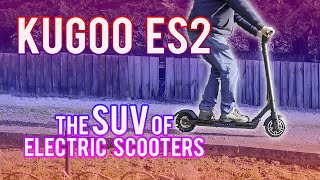 Don't Buy an eScooter Until You've Seen This: Kugoo ES2 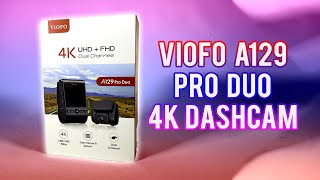