The future of gaming is almost certainly in the cloud. PlayStation Now, Microsoft’s Project xCloud, GeForce Now, and Google Stadia are all prominent cloud gaming services. They stream games to your TV, without a games console or gaming PC, for a fee.

What Is Cloud Gaming?

Traditionally, gaming requires expensive hardware. This might be a games console, a gaming PC, or a set-top box (such as Amazon Fire TV or Android TV).

With cloud gaming, expensive hardware is no longer required. Instead, the games are streamed to you over the internet, much like a movie is on Netflix. A fast broadband internet connection is required; the higher the better.

Cloud gaming essentially lets you play games on any device. It might be a phone or tablet, a netbook, or an older laptop or PC. Mac owners can potentially play PC games that aren’t released on their platform.

Cloud gaming services rely on a monthly subscription for access. Typically, you’ll get a few free games; while some require dedicated devices, these are cheaper than a current-gen games console. In most cases, video game streaming services offer mobile apps, meaning you can enjoy AAA games on almost any device.

Our guide to cloud gaming How Cloud Gaming and Streaming Games on Stadia and xCloud Works You've heard of cloud gaming services Google Stadia and Microsoft xCloud, but what are they, and how does cloud gaming work? Read More explains things in more detail.

You can sign up to these today—but which cloud gaming service is right for you? Read on to find out…

GeForce Now lets you access your existing library of games on Steam, Origin, and other digital delivery platforms for PC. These are then streamed to the device running GeForce Now.

Available in North America and Europe, it has two membership levels: Free and Founders. Free members get standard access and one-hour sessions, while Founders pay $5/month for priority server access and extended sessions. These last for up to six hours, with priority access to the next server session. Founders also get RTX (hardware ray tracing), an enhanced graphical option.

A massive benefit of GeForce Now is that you keep the games you’ve bought if you cancel the service. This makes it almost unique among cloud gaming services.

For a monthly subscription of $9.99 you can play hundreds of PS4, PS3, and PS2 games on-demand with PlayStation Now.

Over 800 games can be streamed to a PS4 or PC. Just connect your Dualshock 4 controller via USB, install the PlayStation Now app on Windows, and you’re ready to play.

If you’re concerned about the cost, PlayStation Now offers a free trial. With such a large library of quality games to choose from (such as Uncharted: The Lost Legacy and Horizon Zero Dawn) you’re going to be spoiled for choice. New titles are added every month.

AAA games not your thing? Jump might be the answer.

Designed to stream indie games to your computer for just $4.99/month (with a 14-day free trial), Jump adds new games monthly. 70 percent of the revenue supports indie game developers, with a selection of 100+ games across all genres.

“From roguelike dungeon crawlers, & artsy platformers to 8-bit narrative puzzlers, turn-based strategy games… we have it all.”

Jump is compatible with Windows, macOS, and Linux.

Launched in late 2019, Stadia is Google’s offering to the cloud streaming market. It comes with some impressive features, such as 4K streaming at 60FPS and two free games a month for subscribers. Google Stadia includes a wireless controller and a Chromecast Ultra, geared towards minimal lag.

The Chromecast Ultra means that games can be streamed directly to your TV without additional hardware. That’s quite an advantage. Games can also be played on Android and PCs.

Costing $129 for access to the streaming service, a single wireless controller, and the Chromecast Ultra, only the Premiere Edition is currently available. This includes three months of Pro membership, after which the $9.99/month subscription kicks in. It’s expensive, but the results are stunning.

However, as good as the streaming quality is, initial set up is a little frustrating. Additionally, the selection of Google Stadia games The 12 Best Google Stadia Games to Play Here are the best Google Stadia games to play right now, saving you the hassle of playing any dud titles. Read More  available by early 2020 was worryingly modest. Questions over Google’s commitment to Stadia have been raised, following the tech giant’s habit of “fridging” projects.

Stadia has great technology behind it, the streaming is perfect on speeds over 40Mbps, but its long-term future is already in doubt.

For more on this game streaming service, check out our Google Stadia review.

Over 50 games are included; all you need is a Bluetooth Xbox One controller. An optional gaming clip is also available for connecting your Android phone to the controller. Project xCloud primarily aims to deliver Xbox gaming to mobile devices—this requires 5Ghz Wi-Fi or 10Mbps mobile internet.

If this sounds familiar, it’s probably because Microsoft offers another game streaming solution, Xbox Console Streaming. This is also in preview, but only streams games across your home network from an Xbox console to Android.

Project xCloud is set to launch in late 2020. Before that happens, you can sign up for the preview period.

A cloud service that aims to stream the best PC games, Vortex is available for Android, Windows 10, and macOS.

To use Vortex, you’ll need a 10Mbps domestic internet and a 5Ghz Wi-Fi router. 4G/LTE mobile internet is also supported.

A cloud PC gaming platform with dedicated storage, Shadow launches in mid-2020. Games and progress can be imported from Steam, Epic, Uplay, Battle.net, Origin, GOG, and many other digital delivery platforms.

Real-time statistics are on offer as you play, while the vast size of the library—games you already own—should guarantee you’ll never be bored.

But there’s a downside. Despite a strong platform, Shadow is expensive compared with PlayStation Now, GeForce Now, and Google Stadia.

Which of These Cloud Gaming Services Is Best?

The game streaming platform you choose may be informed by the devices you own. PlayStation and Xbox fans might prefer to stay within their existing ecosystems, while PC users may opt for GeForce Now. While Google Stadia arguably offers the best experience, it can be difficult to use.

Overall, we suspect GeForce Now will break through as the biggest and best cloud gaming service. But only time will tell. For now, cast your eyes over the details of each of these cloud gaming services, and choose the best one for you based on the cost and supported devices. 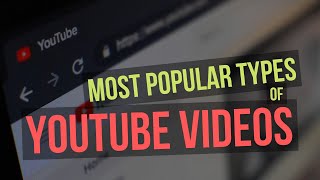 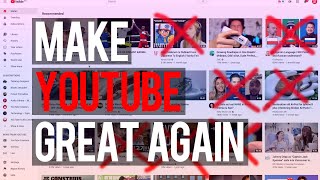 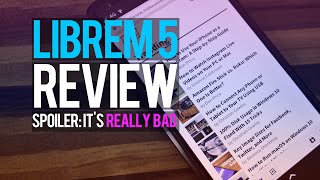